The Science of Confusion - Language Became a Form of Life - 2013 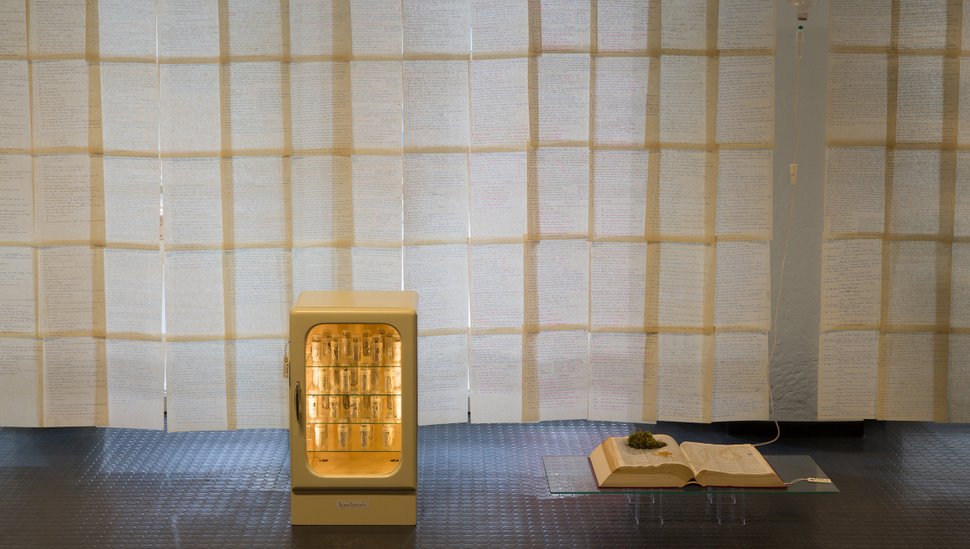 Bible Transformed  (cabinet with light to the left) - A visual "experiment" of exposing biblical chapters for sterilization. This is a desperate, basically utopian attempt to clean the content (who knows from what?). The Bible has shaped our lives as Christians. Through the generations IT  "Became a form of life." Fragmented, unreadable and vulnerable - cleaned of its rhetoric. Transformed visually to the new religion. But this treatment  by "scientific" experiment, of the Bible has added new aura of wonder. 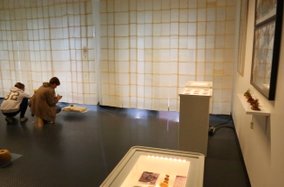 The Southern Norway annual exhibition of Visual Arts started in 1969 and has since been organized by the Kistiansand Art Association. Artists who either live in Southern Norway or have a special connection to the region can submit their work for evaluation. There are three stages of evaluation; after which, one artist receives an award.

The Science of Confusion. Language Became Form of Life

Operating in a foreign language on a daily basis has opened my eyes to the mechanism of constructing reality through linguistic concepts. To understand what we see through concepts of language can be regarded as a reduction of any phenomenon´s aura, but at the same time language is a most important tool for digital communication between humans. Is it possible that one day we will be left with only language and avatars? Some of my work explores language in terms that comment on its power and its hidden dictatorship over nature and our lives. 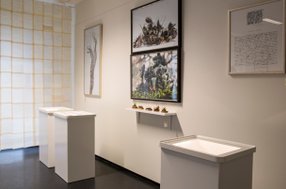 The installations’ content emerges from areas that I am interested in and trying to understand. Nevertheless, understanding is hardly a goal in itself. The moment the feeling of understanding arises I search for elements to add, to bewilder myself and the public. The goal is to place one in the feeling of being in questions. That is, to place a person in a space that enables seeking but not finding. It is about making one remain between questions and answers, in an in-between space of cultivation and growth.

“What we cannot speak about we must pass over in silence” writes Wittgenstein. I wonder what that silence is? How can one know that one has reached the limit and must now “preserve silently what was of value”? (Joseph Kosuth)

The Science of Confusion

The Southern Norway annual award for 2013 was announced during the opening of the exhibition at the Spriten Hall on Sunday. It went to Jadwiga B. Podowska, for her installation, "The Science of Confusion". 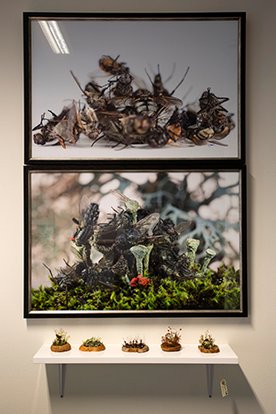 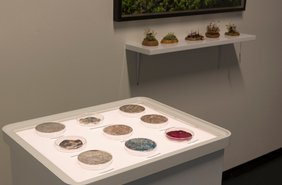 "The installation winning this year’s award takes one in many directions. It questions the existing state of things. As a spectator, one goes away from the installation wondering what one did there, what really was one’s contribution? It is all-encompassing and life-affirming, challenging and meticulously beautiful. One wants to understand it, one understands and wonders what one understands. Where does one start? Only curiosity can save one. The installation is nice yet brutal, but most of all it displays a great devotedness and presence in small details, or, more correctly put, in the larger picture.

Maybe we will one day understand everything?

It is with pride that we give this year's award of NOK 15000 and an invitation to next year’s exhibition to Jadwiga B. Podowska for her installation, “The Science of Confusion".

The Secret of China Ink

Language Become a Form of Life

Baile Transformed 02 - inside the book